Partitions of a Triangle into Four Triangles

I started working on this problem a couple days ago and then found Ed Pegg Jr.'s page on the subject: <http://www.mathpuzzle.com/triangle.html>. There I found the great idea to call certain partitions prime. We call a partition prime if it is not a refinement of any partition but the trivial partition. (Luke Janicke brought up the notion of triviality on Twitter.) For example, the partition above on the right is prime. The others are refinements of the two-triangle partition.

For example, of the nine candidate refinements below two are equivalent. 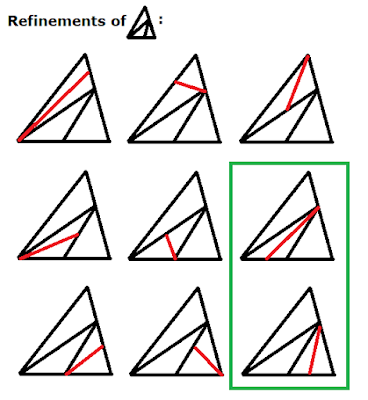 The same situation arises for these refinements: 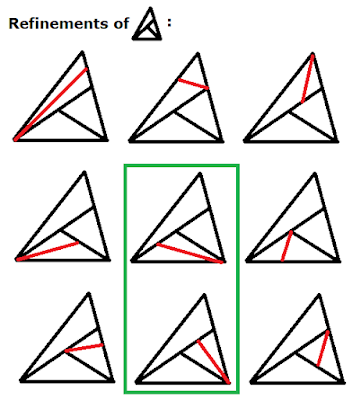 If we start with a partition with more symmetry there are more duplicates. These refinements duplicate some from the previous batches as well. 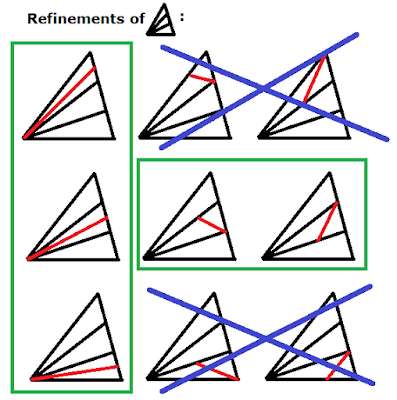 The only prime three-triangle partition has just two distinct refinements. 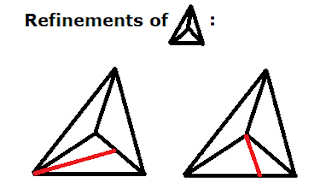 Finally, there are three primes:

In total there are 23 partitions of a triangle into four triangles.
at February 03, 2019 No comments: